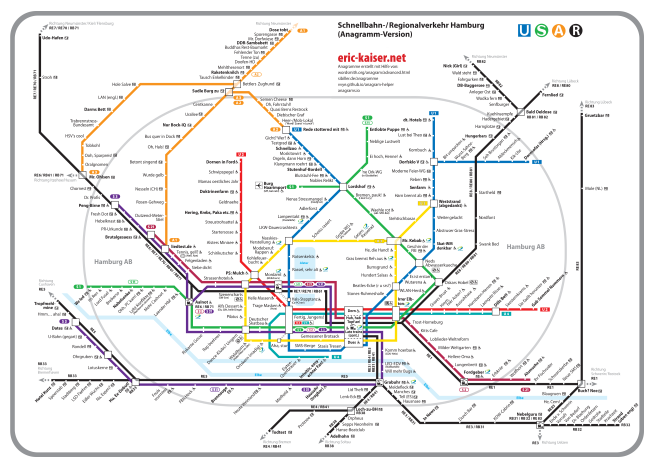 A map of the railway network in Hamburg, Germany, where all station names have been replaced with anagrams of themselves. All anagrams are in German, as is the original map.

Most of the anagrams were made with the help of various online generators, so my main job was more or less curating and fine-tuning. I favored anagrams that sound like they could plausibly be describing a place, or at least evoke a clear image in the mind. Some are still nonsense, though.

My inspiration to make this one was Benny Nero's anagram map of Berlin, which in turn was probably inspired by the London Underground anagram map and its relatives.