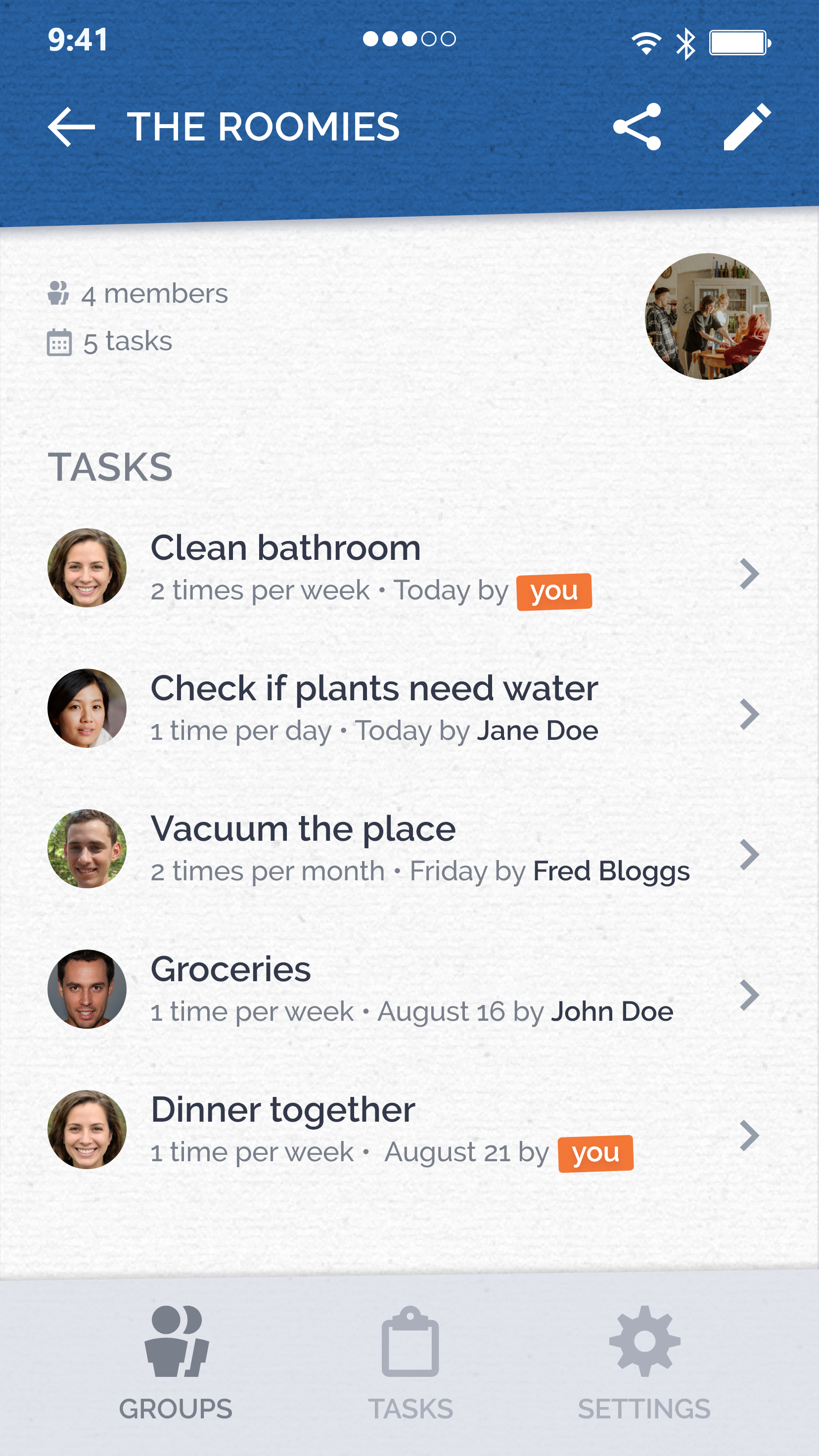 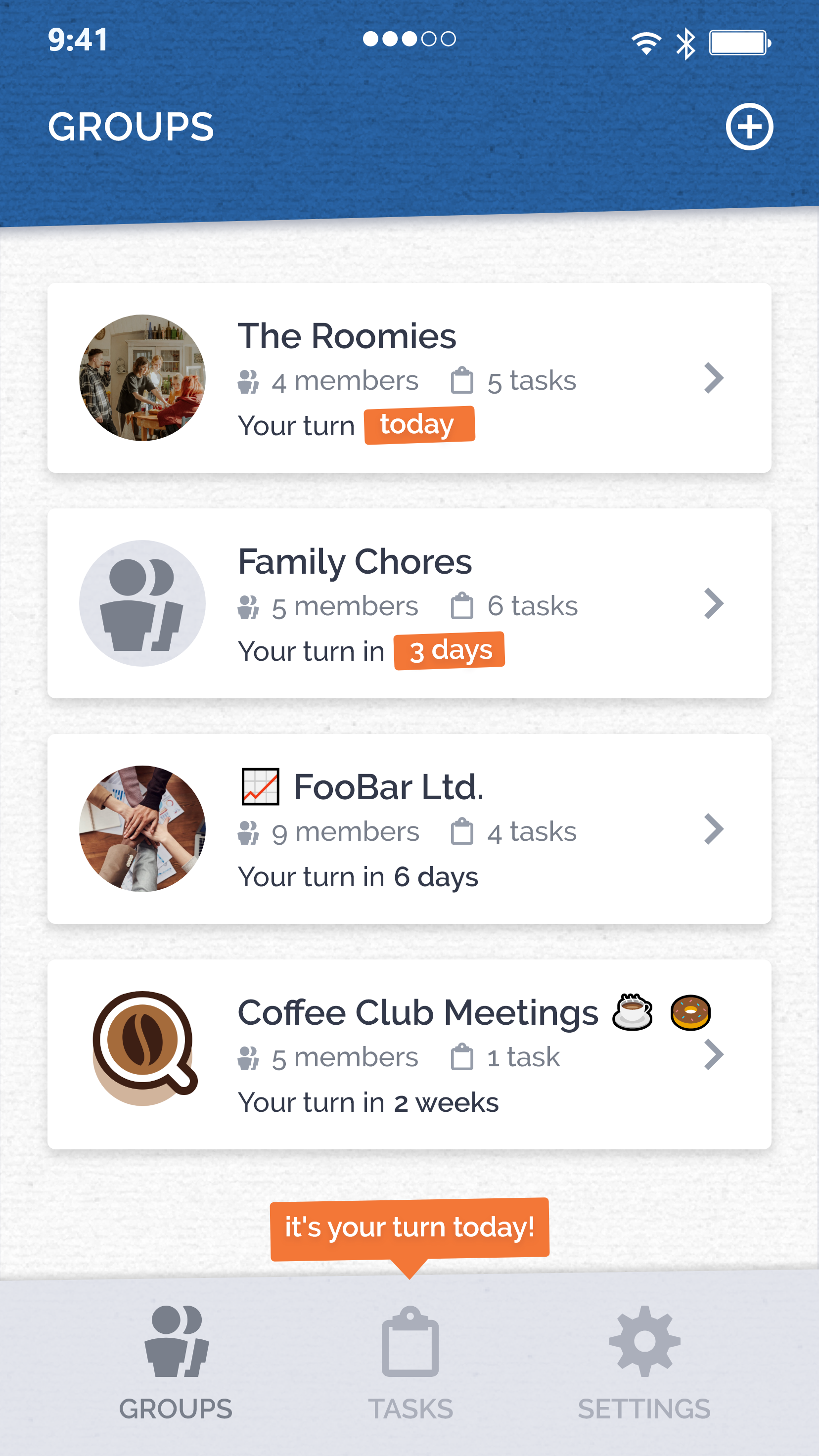 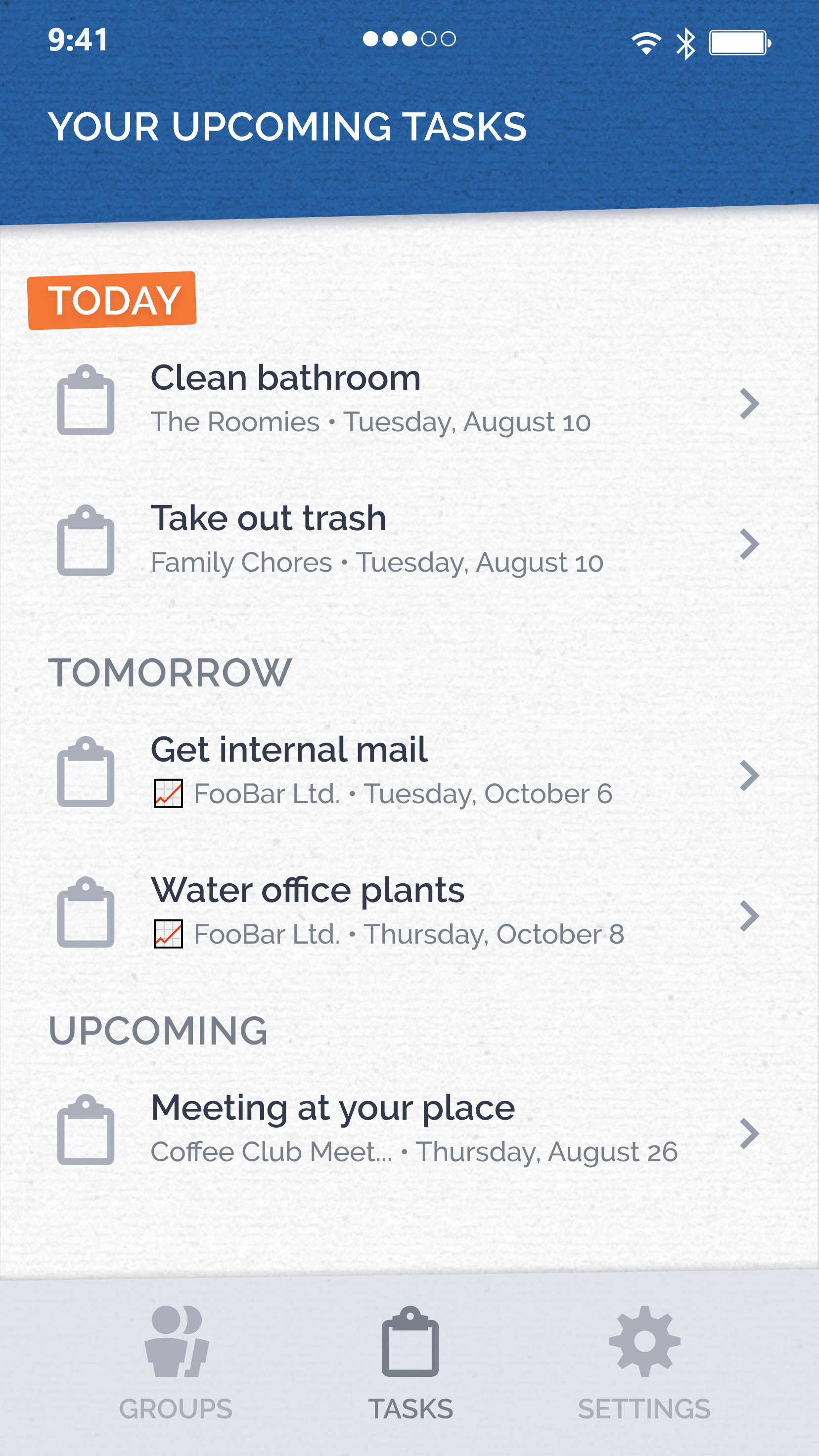 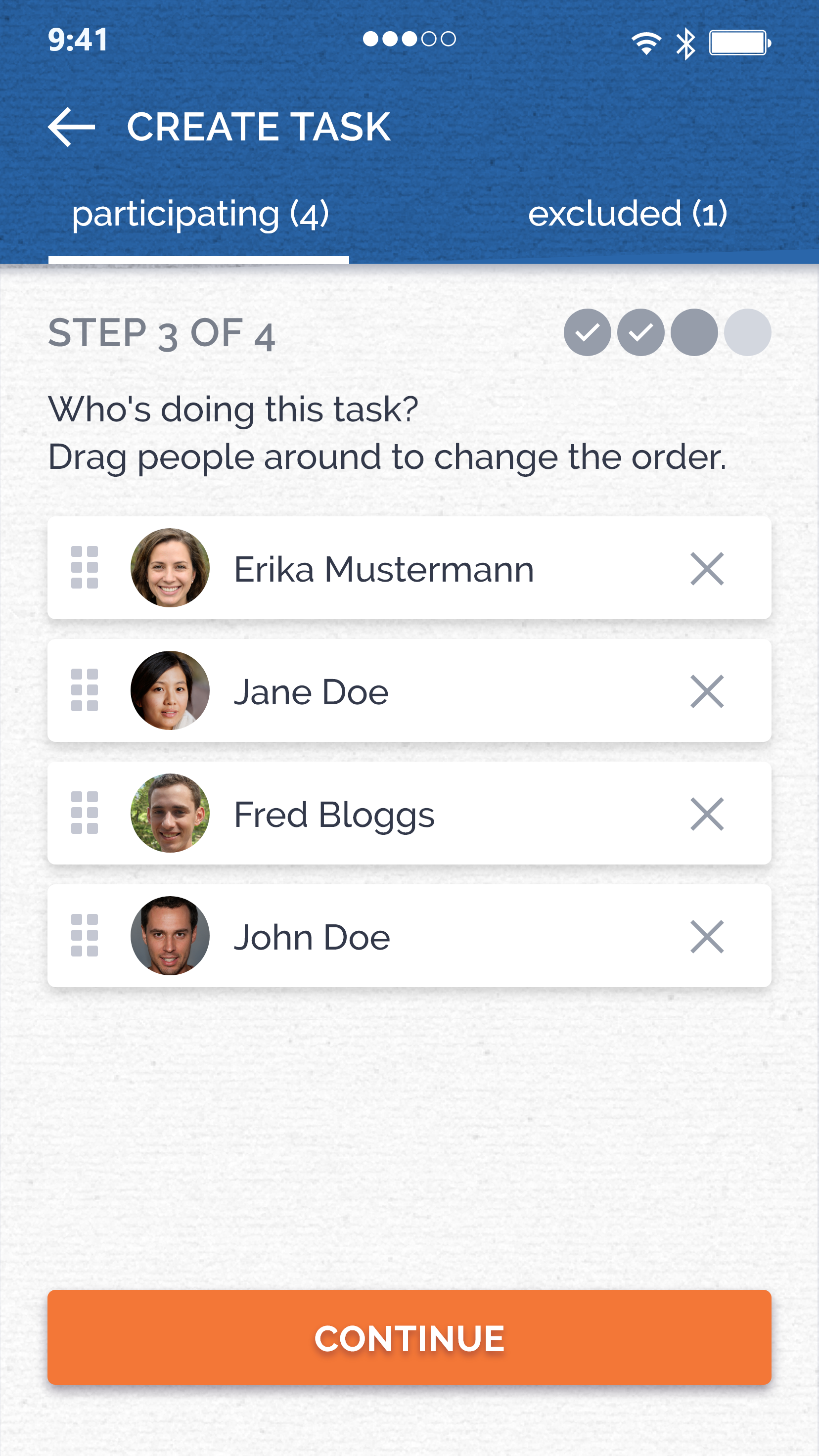 routin.io is an app that keeps track of recurring tasks in groups and reminds people when it's their turn, like a shared to-do list. It was made by the same group of friends who also founded SKINMARKETS. I once again took care of all design, UX and copywriting tasks, and I also built a website to advertise the app.

The first version of routin.io, with limited features and a rough implementation of my design, was released in 2021 as an Android and iOS app. Further releases were planned, but the project was eventually abandoned.